The War on Fraud
In a long American Lawyer investigation, Daphne Eviatar uncovers some curious facts about the Justice Department's Corporate Fraud Task Force, which was formed back in 2002, amid the Enron and WorldCom debacles. Get this: Between 2002 and 2005, federal prosecutors brought some 357 indictments in major corporate fraud cases. But, after Bush's re-election, that trickled to a scant 14 "significant" indictments in 2006 and then only 12 in 2007. 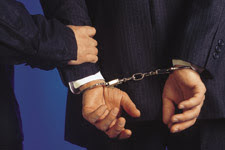 What gives? Justice Department officials say, well, we've licked corporate fraud once and for all: "We do believe that the success of the Corporate Fraud Task Force, in conjunction with the Sarbanes-Oxley Act, is making it more likely that fraud is being detected by corporations themselves." The alternative take is that the DOJ simply isn't trying as hard any more. In recent years, the Justice Department has established a bunch of other task forces—to go after, say, Hurricane Katrina-related fraud, or pornography—that may have sucked up resources. (See also a similar shift in focus at the FBI.)

No surprise, I'd probably bet on the second theory, but the American Lawyer piece never really settles the question. There are some other interesting tidbits, though: Apparently, the task force's main role, especially in the early days, was simply to badger local U.S. Attorney's Offices into prosecuting corporate fraud cases at a faster rate. "Go, go, go!" But the Justice Department didn't necessarily provide those attorneys any additional resources or manpower to investigate complex cases—the DOJ mostly just showed up at press conferences to mug for the cameras.

What's more, the rush to prosecute led to some shoddy cases and questionable tactics, leading to several reversals—as when a judge dismissed indictments against 13 KPMG executives last year, citing "intolerable" prosecutorial abuses. But the DOJ won't release acquittal or conviction rates, so it's hard to tell how widespread this sort of thing is. At this point, though, I lose the plot and can't figure out how effective the earlier crackdown was, or whether liberals should support hyper-aggressive prosecutorial tactics against corporations, or why convictions have slowed, or what. Obviously my instincts are to agree with this quick take at Daily Kos, but I honestly don't know for sure.