Going Undercover
The New York Times offers some pointers for anyone thinking about becoming an undercover police officer: 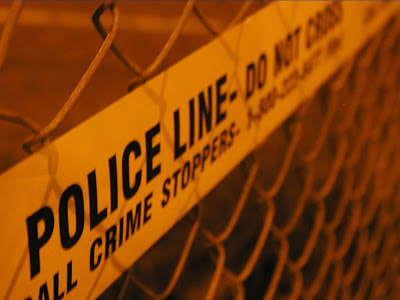 Being a good undercover officer takes a certain type of person. You must be an impeccable actor, a chameleon who can blend seamlessly into easily combustible situations, coolly stare your target in the eye and lie. You have to know the street lingo for drugs, like red top or blue top for different vials of cocaine.

You have to look the part, wear the right clothes, and have a good back story. If you say you are a mechanic, you’d better know cars, because chances are that the dealer will too. Many undercover narcotics officers use props. They might push shopping carts filled with soda cans in plastic bags, aping a homeless person, and twitch like an addict.

They might bring along a basketball, saying they are coming back from the courts and itching to score on the way home. If they are buying crack, they have to produce a crack pipe, or “stem,” and it has to look used.

If the dealer insists that they test the goods before they buy, that they take a hit off a crack pipe or a snort of cocaine, undercover officers are supposed to resist unless the situation is dire, unless they have a gun to their heads. And if they are they are forced to take the drugs, they must report it to their unit, and undergo a medical evaluation. And if they are forced to ingest more than once, they will almost certainly be taken off of the streets.

There's also—and this is the point of the piece—the temptation for corruption. Looking around for more info, I came across this website (which may look amateurish, but hey, it does cite scholarly sources...), which offers even more advice on getting started: "A typical pattern is to bring the undercover officer in as an acquaintance, business associate, or girlfriend/boyfriend of an informant, and then to distance themselves from that informant." All good advice, no doubt.

To nudge this all in a more serious direction, this follow-up Times story on the issues that arise when police rely too heavily on informants is great: "Petty crime is often tolerated in exchange for information. Detectives can be duped by an informant's agenda. While cases of corruption are rare, it is fairly common to have more 'give' in this delicate give-and-take." Ethan Brown runs down more problems here, noting that the rise of mandatory minimums and the power of judges to reduce sentences for "snitches" gives defendants overwhelming incentives to lie, especially in drug cases. It's hard to quantify how often such lying occurs, but one study found that 46 percent of wrongful death-penalty convictions involved informants saying untrue things.

Update: Actually, Alexandra Napatoff's Slate essay from 2005 is an even better overview of this topic: "The backlash against snitches embodies a growing national recognition that snitching is dangerous public policy—producing bad information, endangering innocent people, letting dangerous criminals off the hook, compromising the integrity of police work, and inciting violence and distrust in socially vulnerable neighborhoods." (Although I do think these issues should be separated from the "Stop Snitchin'" movement, which mostly seems to be about simple witness intimidation.) Of course, cops are never just going to do away with informants, but Napatoff argues that there's, at the least, ample room for more transparency.