Not Poppy, Nor Mandragora, Nor all the Drowsy Syrups of the World...
So there's the good jetlag, the kind where you return home from parts unknown, collapse at 9 p.m., wake before dawn, and are just the most productive little honeybee that's ever buzzed. And then there's the other kind, the bad jetlag—awake all night, useless as an earlobe in daylight. Right now, I have the second kind, so I've been trying to stay awake by reading about sleep. People always tell pollsters that they don't sleep enough and wish they got more. That sounds iffy to me. Do people really want more? Why not less? And how bad is a little sleep deprivation, really? 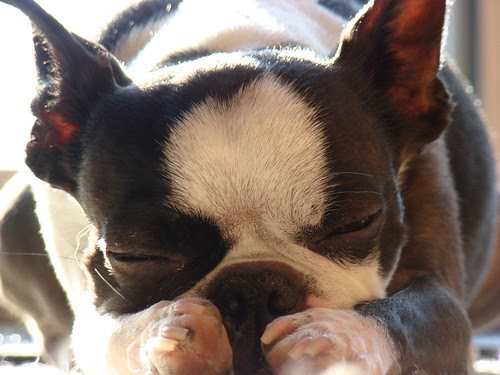 Jim Horne, who runs the University of Loughborough's Sleep Research Centre in the UK, explains in New Scientist that most modern folks probably get enough more than enough sleep, about 7 hours a night. (Presumably excluding parents with newborns.) Americans didn't actually get 9 hours back in 1913, as is sometimes claimed, and just because you snooze for 10 or 11 hours on the weekend doesn't mean you're catching up on some supposed "sleep deficit"—odds are, you're just merrily and needlessly oversleeping, in the same way a person might merrily overeat or overdrink beyond what they need. Sloths will sleep 16 hours a day if caged and bored, versus just 10 in the wild. "Now wait a sec," the critic interjects, "That's well and good, but I must be sleep-deprived, because whenever three p.m. rolls round my eyelids get uncontrollably heavy!" Mine too. But Horne says that's just our bad luck:

My team recently investigated these questions by giving around 11,000 adults a questionnaire asking indirectly about perceived sleep shortfall. ... Half the respondents turned out to have a sleep shortfall, averaging 25 minutes a night, and around 20 per cent had excessive daytime sleepiness. However, the people with a sleep deficit were no more likely to experience daytime sleepiness than those without.

Can't decide whether that's comforting or no. On an only semi-related note, apparently the brain consumes just as much oxygen when it's "idling" as it does when problem-solving. So, uh, what's the resting brain doing, anyway? Douglas Fox reports on some theories, most of which involve daydreaming—the "idle" brain is likely doing crucial work, sorting through the vast mess of memories in your brain, looking at them introspectively, and deciding which ones to keep and how to classify them—good, bad, threatening, painful. "To prevent a backlog of unstored memories building up," Fox notes, "the network returns to its duties whenever it can."

So there's a (scientific!) rationale for staying up late and staring blankly at the wall during the day. That strikes me as exceedingly useful.